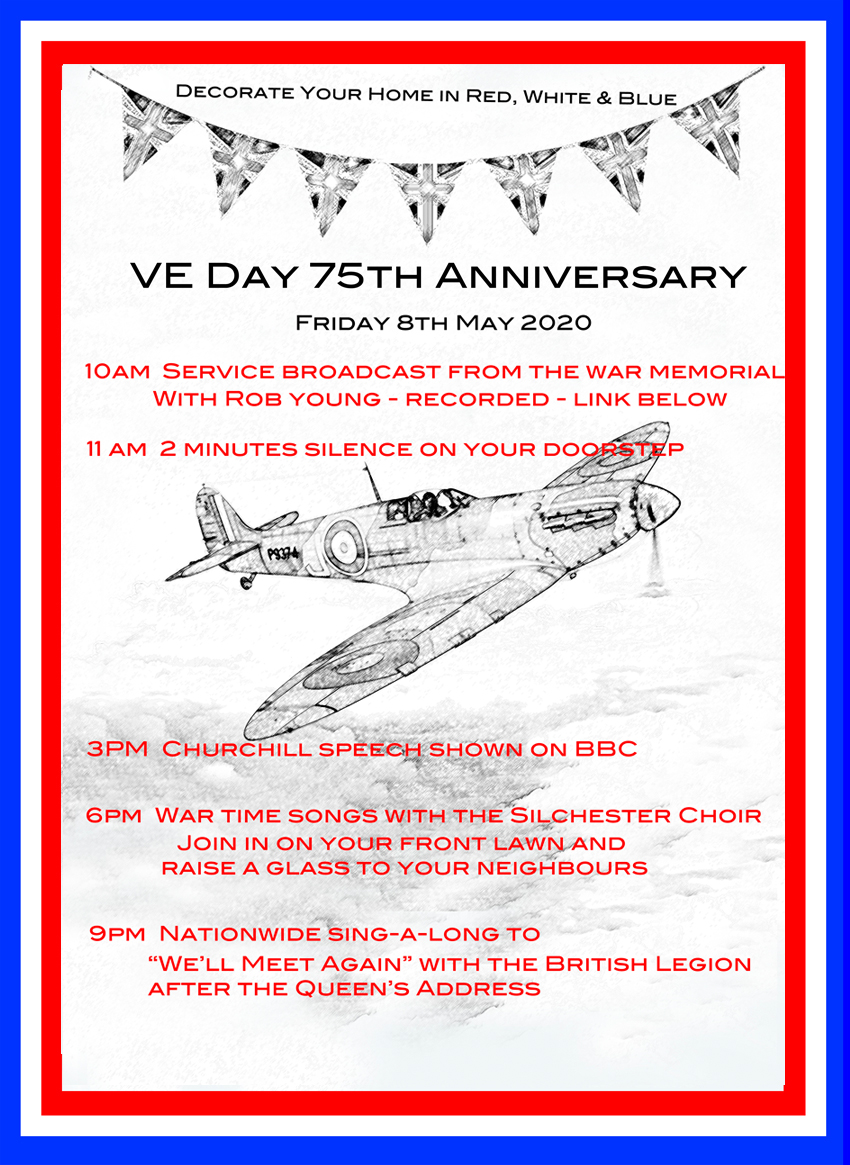 Many people had decorated their homes with Red, White and Blue in honour of the occasion.

At 10am   Rev Rob Young led a service pre-recorded from the War Memorial and from people's homes. If you missed it,  You can tune in to the link here

Throughout the day, the BBC broadcast programs commemorating the end of the war with some amazing photographs and film footage that I know brought back some poignant memories for those who lived through and remembered that day.

At 6pm   the Silchester emergency war siren was sounded followed by the Community Choir's recording of "We'll Meet Again"  which was played on speakers around the village or for those further from the village centre, on laptops in the garden! 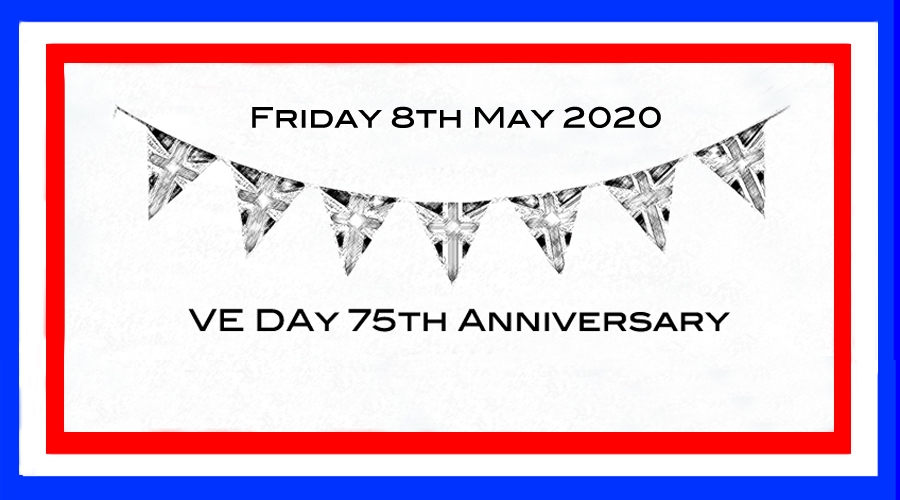